Why You Should Choose 5-Axis Waterjet Cutting Machine 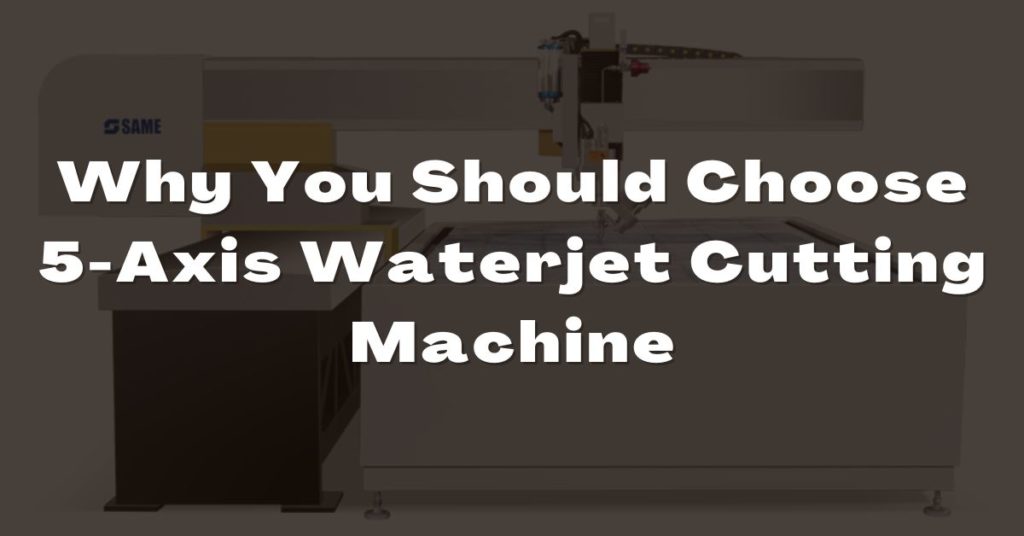 In today’s manufacturing environment, water jet cutting is an emerging technology that has become widely adopted in just about every industry.

Best of all, the introduction of 5-axis water jet cutting systems has eliminated many of the limitations inherent in 3-axis water jet cutters and push-cutting capabilities, allowing manufacturers to produce parts that were not possible before.

The 5-axis waterjet cutting machines are becoming increasingly popular for a variety of applications. They offer more benefits than other waterjet systems.

In this blog post, we’ll take a look at what 5-axis waterjet cutting is and why you might want to consider them for your next cutting project.

What is a 5-Axis Waterjet and How Does it Work?

The early waterjet cutters had three axes of motion, but a 5-axis waterjet takes over because it has five axes. These 5-axes allow the waterjet to create or cut complex shapes and designs that would be difficult or impossible to create with other traditional methods.

The 5-axis system also allows the waterjet to cut the materials with a greater degree of precision and accuracy, which can be beneficial for cutting complex shapes at angles from 0° to 90°.

The five-axis is a rotational element in a waterjet’s movement. These five axes are X, Y, Z, A, and C. Here we have explained the motion of each axis:

The 5-axis waterjet machine’s positioning accuracy of ± 0.0166 degrees (± 1 arc minute) makes it one of the most accurate machines when it comes to cutting.

To keep up with increasing production, speeds can go up to 2,000 in/min depending on the 5-axis waterjet system and materials. It has a capacity of 12″ to 60″ vertical travel on the Z-axis and has a wide cutting angle that is 0° vertical to 90° horizontal.

Moreover, it is perfect for weld preparation since it enables the programming of bevels on the entire part or on specific edges of your parts.

Choosing between a general waterjet and a 5-axis waterjet may seem like a difficult decision. However, you don’t have to be confused! In this section, we will provide you with some of the best reasons why you should consider choosing a 5-axis waterjet cutting machine.

Worried about cutting complex shapes? Well, A five-axis cutting machine enables you to cut parts at angles from 0° to 90°, which can’t be done with a three-axis waterjet. 5-axis systems can cut an exponentially wider variety of materials.

The 5-axis system can do intricate cuts like chamfers and bevels without the need for additional finishing steps since it can move the cutting head perpendicular to the cutting surface while rotating on an axis.

Moreover, the addition of the two axes makes it possible for five-axis waterjet cutting to produce complex angles with taper control. This significantly decreases CNC time and tooling expenses.

Another reason to choose a 5-axis waterjet cutting machine is its versatility. This type of machine can be used for a wide variety of applications, from simple 2D cuts to complex 5-axis shapes which can’t be cut by 3-axis systems.

With the right software, attachments, and accessories, a 5-axis machine can cut just about anything you need. They also cut through both single-layered and multi-layered materials, so you can get more done at once.

Metal components are put through procedures like beveling and chamfering prior to welding in order to be bonded together as effectively as possible which involves manual labor.

The amount of manual effort necessary to prepare the waterjet cut components for final welding is greatly reduced by the precise and consistent cuts provided by 5-axis waterjets. The materials do not need a final touch which automatically saves the operator’s time and effort.

The addition of two axes on a five-axis waterjet gives it the ability to cut in any direction, rather than just straight. This increases cutting speed and efficiency, leading to faster and cleaner cuts.

Because of the secondary processes required for waterjet cutting, other waterjets sometimes have problems with delays. However, 5-axis cutters do not require these processes and are therefore much faster.

5-axis waterjet cutting is a fast, efficient way to cut large quantities of materials for fast production with minimal turnaround time because of the addition of the two axes. A material’s thickness doesn’t affect the process.

Moreover, a five-axis waterjet can cut at different angles and the cutting carriage can move in many directions which automatically increases efficiency and production.

It can create two-dimensional cuts as well as three-dimensional cuts which can’t be achieved by other waterjets. It combines speed, accuracy, and ease of use making it an optimal manufacturing process.

If you’re looking for a more versatile waterjet cutting machine, then you should consider investing in a 5-axis system. It can handle more complex shapes and contours, making it the perfect choice for intricate designs or parts with multiple angles and curves.

Plus, since these machines are becoming more popular and readily available, you’ll have no trouble finding one that meets your needs and budget. 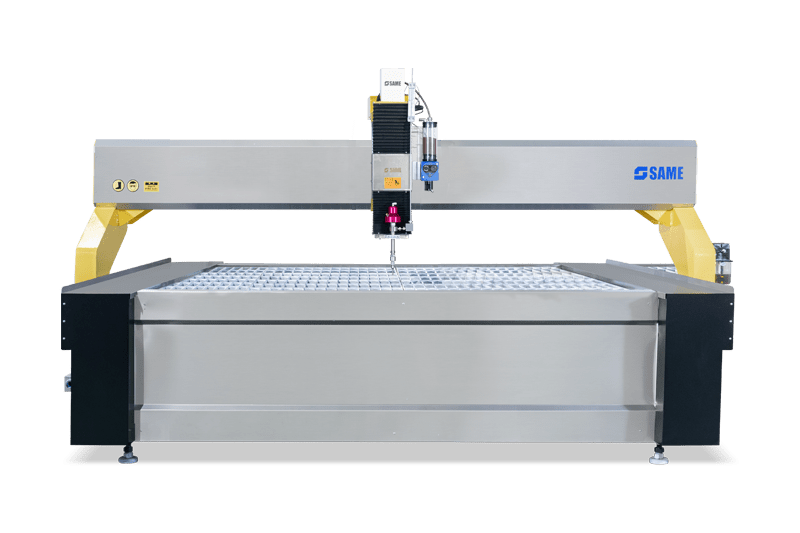 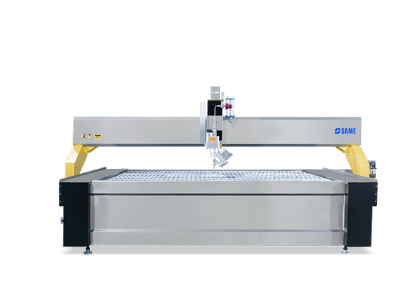 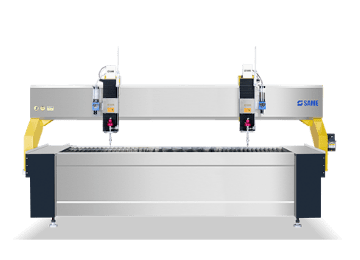 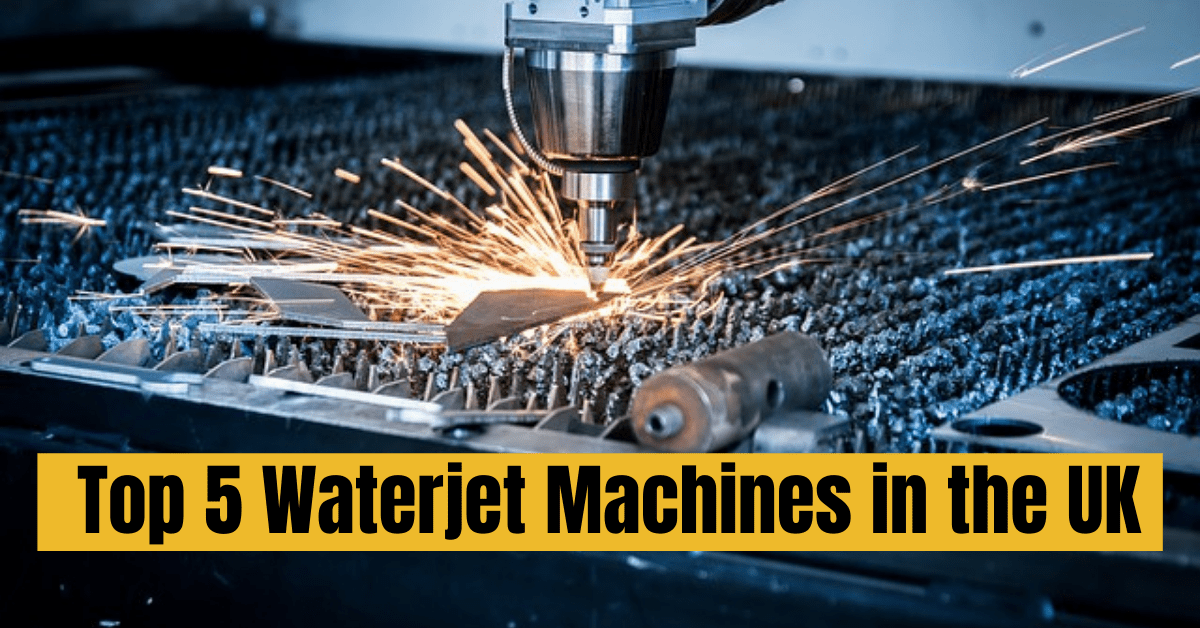 Top 5 Waterjet Machines in the UK 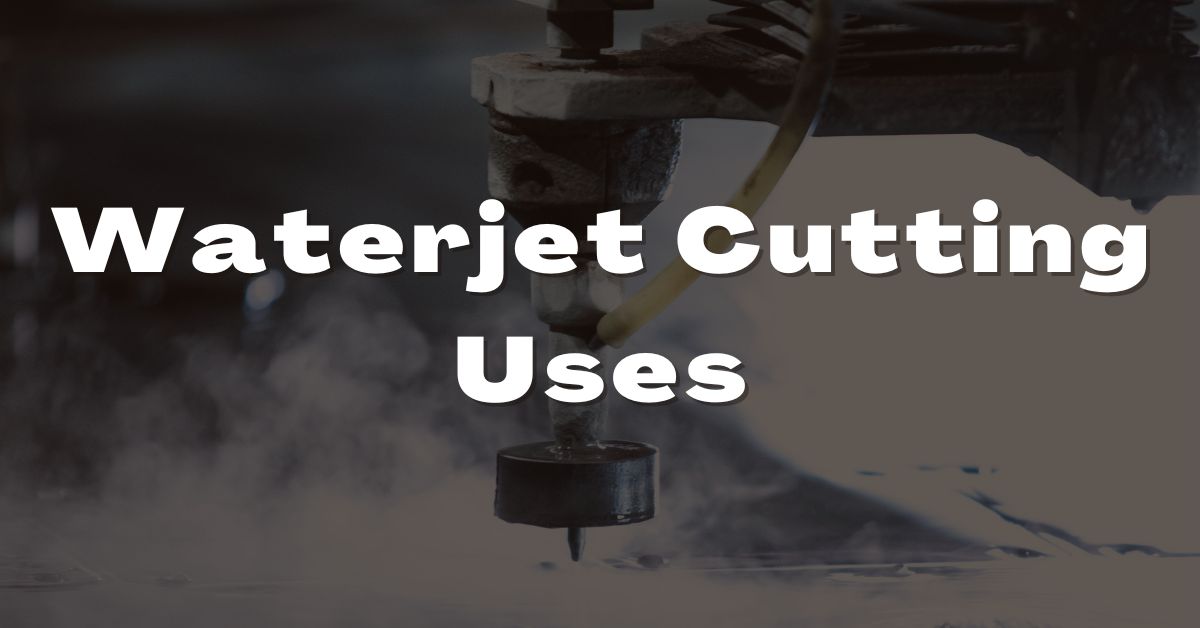 Waterjet Cutting Uses That Everyone Should Know 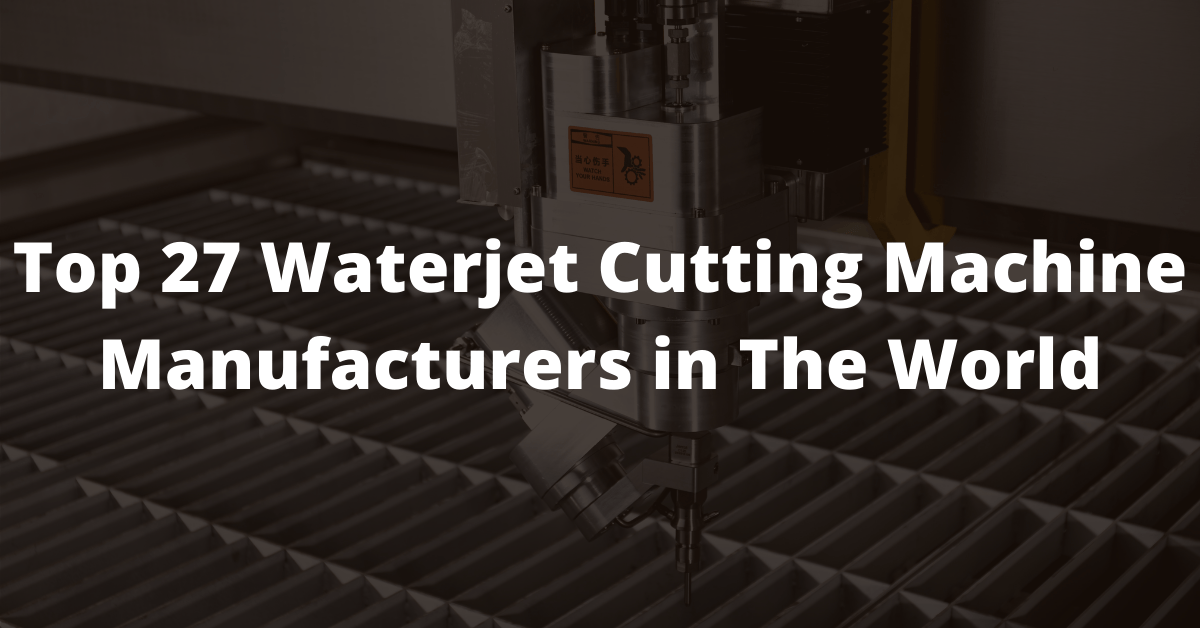 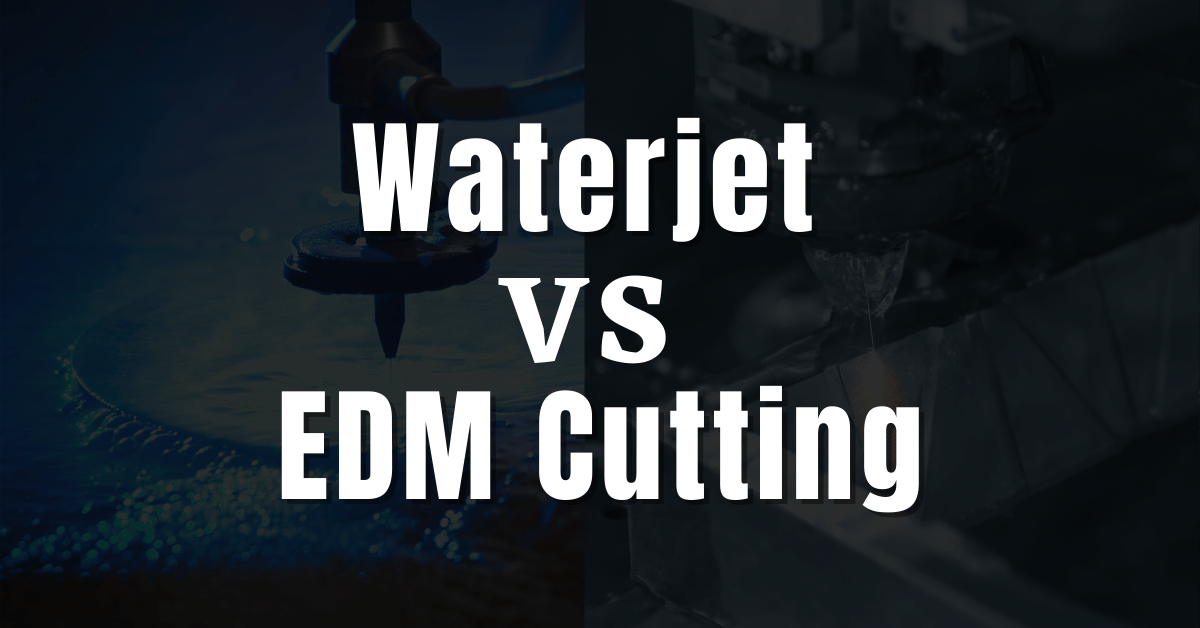